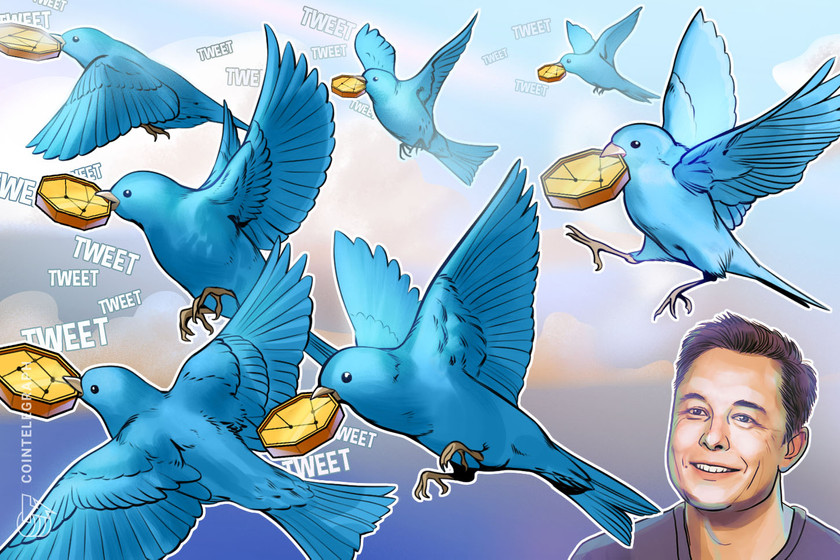 Crypto-friendly billionaire Elon Musk has become the sole director of Twitter, following the dissolution of nine former board members, according to newly filed documents.

“On October 27, 2022, and as a result of the consummation of the Merger, Mr. Musk became the sole director of Twitter,” the filing reads.

The Tesla CEO later tweeted in a response to a Twitter user that the arrangement was “just temporary.”

Previously, Musk has said the platform under his ownership will focus on free speech, eliminating spam bots and fake accounts, an edit function and possibly even crypto payments.

In the days since the Tesla CEO assumed ownership of Twitter, Musk has been busy providing updates on what his new platform could bring to the table.

He has already floated the idea of a monthly $19.99 payment to get the blue tick verification and bringing back Twitter’s defunct short-form video service Vines, which saw 69% of five million voters in favor of its comeback in an online poll.

The whole verification process is being revamped right now

Meanwhile, Musk has also declared the formation of a “content moderation council” aimed at ensuring free speech on the platform and considering reversing bans on certain Twitter accounts, such as that of former United States president Donald Trump.

A crypto wallet is rumored to be in development as well, but Musk has not made any comments about whether this is true.

Of course, the takeover has also seen CEO Parag Agrawal, chief financial officer Ned Segal and head of legal and policy Vijaya Gadde all ousted from their executive roles for allegedly misleading Musk about the number of spam and fake accounts on the platform.

Meanwhile, Twitter co-founder Jack Dorsey, who left Twitter’s board in May and supported Musk’s purchase, appears to have doubled down on his stance by rolling over his stake of over 18 million shares, worth around $975 million at the buyout price of $54.20, into the new private company, according to a filing with the SEC dated Oct. 27.

The platform is a popular communication tool for crypto enthusiasts with roughly 120,000 tweets per day about #Bitcoin alone, according to BitInfoCharts.

On Oct. 31, he changed his bio again to “Twitter Complaint Hotline Operator” and, at one user’s suggestion, made his profile picture what appears to be him answering the phone as a child.