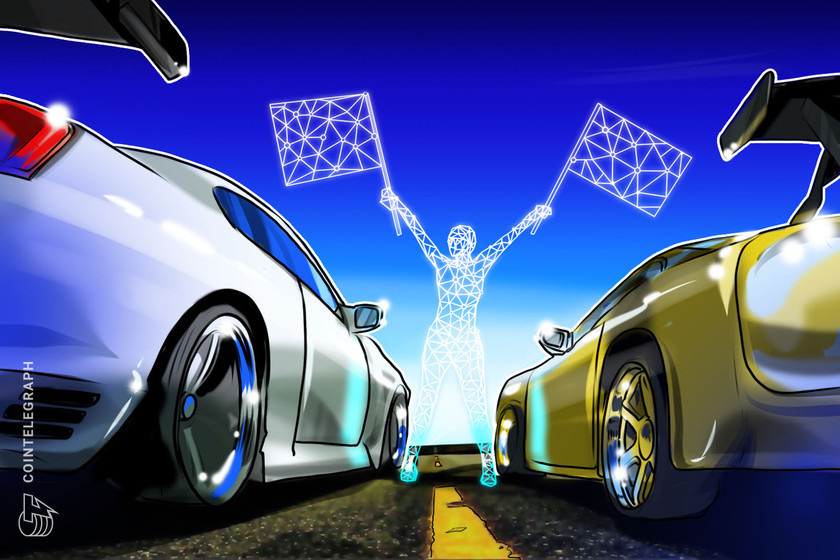 Receiving an Epic MegaGrant from the Fortnite developers, the funding will be used to develop the motorsport title, which is based on drifting. The Unreal Engine is a 3D computer graphics game engine developed by Epic Games, which has been used in many industries after it was first showcased in the 1998 game Unreal.

According to an Aug. 18 announcement from Animoca Brands, the Epic MegaGrant, which ranges from  $5,000 to as much as $500,000, will be used to develop a realistic gaming experience that is on par with other triple-A games that also utilize the Unreal Engine.

Considering that Grease Monkey Games is developing a play-to-earn (P2E) game, the Epic Games grant represents a notable show of support from the traditional gaming sector, something which has often been at odds with blockchain gaming.

Torque Drift 2 is an upcoming drifting motorsport game with a tuning garage available to players from Q3 2022 and a full release date set for 2024. The game will utilize nonfungible token (NFT) parts, cars, decals, and items that players can use to build up their car and profile.

Players will also be able to create their own paint job and car tune NFTs, which can then be shared and sold within the Torque Drift 2 marketplace.

Grease Monkey Games is a traditional game developer that has been publishing original IP games since 2014, which have over 45 million global downloads. They were acquired by Animoca Brands in February 2022 and Animoca will support them as they transition to blockchain games.

Unlike traditional games where players generally buy in-game items with real money but are then prevented from pulling that money back out, incorporating blockchain verifiable NFTs into games is seen as a way to provide digital ownership over in-game content. As such it enables players to sell items when they are done playing the game or want to exchange their items for new ones.

This type of model is often referred to as P2E, with players being rewarded with economic value for participating within the ecosystem.

Related: NFT games have edge over ‘money in, no money out’ games: Polygon’s Urvit Goel

Many critics of P2E games such as Udi Wertheimer point out that these games require wallets and cryptocurrency purchases before players can start playing, and are not as fun as traditional games.

“ayyy what are you doing tonight let’s play the new crypto game together!”

said no one ever

Other critics such as Minecraft developer Mojang Studios have pointed to the implementation of NFT’s within games as a tool for speculative pricing, which encourages profiteering over game playability.

Animoca Brands on the other hand has been a prolific investor in blockchain-enabled games, with a portfolio that includes The Sandbox, Axie Infinity, and Phantom Galaxies. The co-founder and Executive Chairman of Animoca Brands Yat Sui is a huge proponent of digital property rights and believes it represents a paradigm shift toward a more decentralized society.

10/ “Freedom and Property Rights are inseparable. You can’t have one without the other.” ~ George Washington

To enjoy true digital freedoms we must have #truedigitalpropertyrights and sovereignty over our data, we must choose open over closed. https://t.co/hPJjk4zVUL