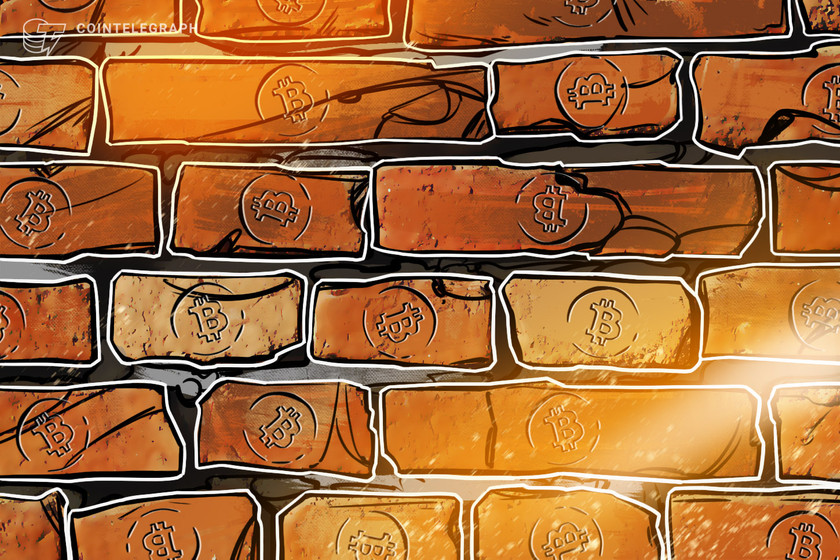 For many years, Ethereum reigned supreme over the decentralized finance (DeFi) landscape, with the blockchain serving as the destination of choice for many of the most innovative projects serving up their take on decentralized finance. More recently, however, DeFi projects have started to crop up across multiple ecosystems, challenging Ethereum’s hegemony. And, as we look to a future in which the technical problem of interoperability is solved, one unlikely contender for the role of DeFi power player emerges — Bitcoin (BTC).

In that future, Bitcoin plays potentially the most important role in DeFi — and not in a triumphalist, maximalist sense. Rather, Bitcoin can complement the rest of crypto as the centerpiece of multichain DeFi. The key to this is connecting it all together so that Bitcoin can interact with Ethereum as seamlessly as iOS and Android do today.

An argument in favor of harmonizing Bitcoin with DeFi may come as a surprise. Commentators often pit the incumbent Bitcoin blockchain against its more agile and functional counterpart, Ethereum. The real “flippening,” however, is connecting DeFi to Bitcoin. Doing so gives users the best of both worlds, combining the dexterity of Ethereum with the purity of Bitcoin. The debate revolves around what a Bitcoin-enabled DeFi industry looks like or if it is even possible to accomplish.

The rocky road to interoperability

The underlying Proof-of-Work (PoW) consensus mechanism of the Bitcoin network offers a rock-solid bedrock for a global payment network separated from any state. The built-in computational guarantees are enough to attract institutional money, illustrating that it’s good enough for the power players of traditional finance. Despite being designed to become the cash of the internet, the intrinsic properties of Bitcoin have inspired less resource-intensive networks like Ethereum.

Despite the arrival of challengers, Ethereum native projects still dominate DeFi, which remains a fragmented ecosystem of smart contract-driven applications facilitating an open peer-to-peer financial system. Global networks of developers work tirelessly to bring this arrangement of decentralized applications (DApps) into cohesion, largely without success, although atomic swaps have emerged as one viable option. Generally, suboptimal solutions like cross-chain bridges proliferate, leaving DeFi users vulnerable to exploits, while other popular solutions such as wrapped tokens come with their own downsides, namely centralization.

Related: Bitcoin will surge in 2023 — but be careful what you wish for

As of yet, the DeFi products have not been brought to on-chain Bitcoin transactions, as the Bitcoin protocol does not facilitate smart contracts. This is a consequence of the design of Bitcoin, which was constructed with a limited script language to optimize security over data storage and programming capacity. Remember, this stuff is only as valuable as the degree to which it is decentralized.

So, Bitcoin is incompatible with DeFi, and for some, collateralized exposure to non-native chains through wrapped tokens like Wrapped Bitcoin (wBTC) is one step too far away from the core ethos of the industry. While this might lead some to believe that interoperability between DeFi and the Bitcoin network is a hopeless cause, there are ways that it can be done. For many, Bitcoin was the first step to reconceptualizing what it means to have access to financial services and to experience financial independence.

Self-custody necessitates financial literacy, and with more than half of users engaging with cryptocurrencies under 35, I would wager that we are only at the tip of the economic iceberg. With time, innovation will filter out DeFi-native drawbacks like slippage and impermanent loss. More specifically, enabling single-sided yield for DeFi and Bitcoin would unlock new possibilities that could tip the scales in favor of mainstream adoption. Single-sided is significantly safer, as it involves depositing a single token into a liquidity pool as opposed to a token pair.

Related: What will the cryptocurrency market look like in 2027? Here are 5 predictions

Introducing single-sided yield to a Bitcoin-enabled DeFi ecosystem is when things start to get interesting, not only for the maximalists but for anyone with skin in the game. This would be an authentic way to accrue value without compromising on decentralization. The risk would be taken by the protocol enabling the single-sided yield, meaning users could explore lending and borrowing options not currently available.

A by-product of this development would likely be the consolidation of decentralized exchange (DEX) aggregators. A saturation of aggregators splits up the available liquidity, which correlates with an increase in transaction costs. On that note, there are thousands of cryptocurrencies on the market, meaning more assets, more chains and more layers to account for. While modularity can be great for specialization, it is high time for a “less is more” countermovement.

Building a seamless, distributed multichain financial system like this is not an easy task. It reaches a level of intricacy that is difficult to conceptualize. Consolidation could narrow the focus enough so that users can optimize for speed or security without losing access to the rest of blockchain-based finance.

Still, the impact that these alternative financial technologies have had in such a short space of time is incredible. Bitcoin has been integral to the broader movement as most people’s introduction to the world of crypto. Perhaps Bitcoin can drive the next DeFi revolution, returning to cypherpunk culture and opening up new financial possibilities for everyone.

Marcel Harmann is the founder and CEO of THORWallet DEX and a board member of the Crypto Valley Association. He previously co-founded the DEC Institute, which provides online certification for digital assets specialists backed by leading blockchain universities. He graduated from the University of Zurich in 2012 with a master of arts in banking and finance.

This article is for general information purposes and is not intended to be and should not be taken as legal or investment advice. The views, thoughts, and opinions expressed here are the author’s alone and do not necessarily reflect or represent the views and opinions of Cointelegraph.